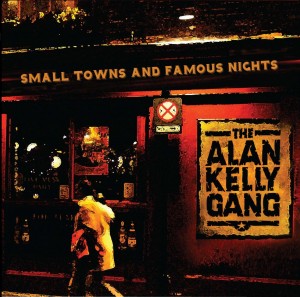 The Alan Kelly Gang’s first official band album – though on the road as a touring band for many years, this is the first time the four have taken to the studio together to produce and record a collaborative work. Distinctive, pulsey and upbeat – including 8 instrumental tracks and 3 songs, one of which is the highly evocative Connemara featuring Eddi Reader on vocals.